Over the summer of 2012 I developed a new musical instrument, the aionophone. I demonstrated versions of it at Oxford Brookes University, and it finally got its public debut at The Playground, The Old Fire Station, Oxford on Thursday 9 August. The first version was simply a selection of clock gongs and chimes mounted on a wooden platform. The current version has them mounted on a resonant box. It was on display as part of my MA show for IAM at Oxford Brookes University from 17 September to 23 September 2012. The aionophone is capable of creating very complex sounds when struck or bowed. 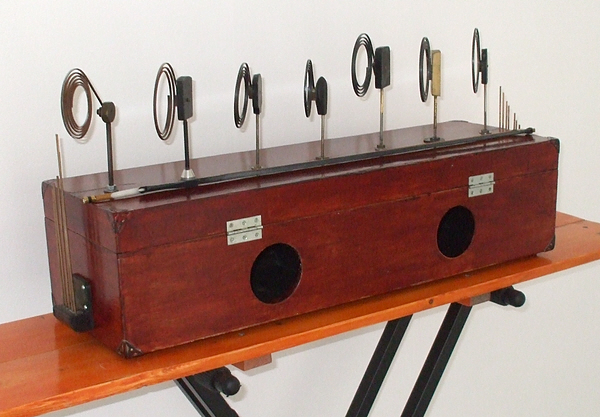 I subsequently developed some electric versions with piezo pickups. The aionophone, in its various forms, has been used in many of my recorded works and in my performances, including one at the Turner Contemporary gallery, Margate in June 2017. 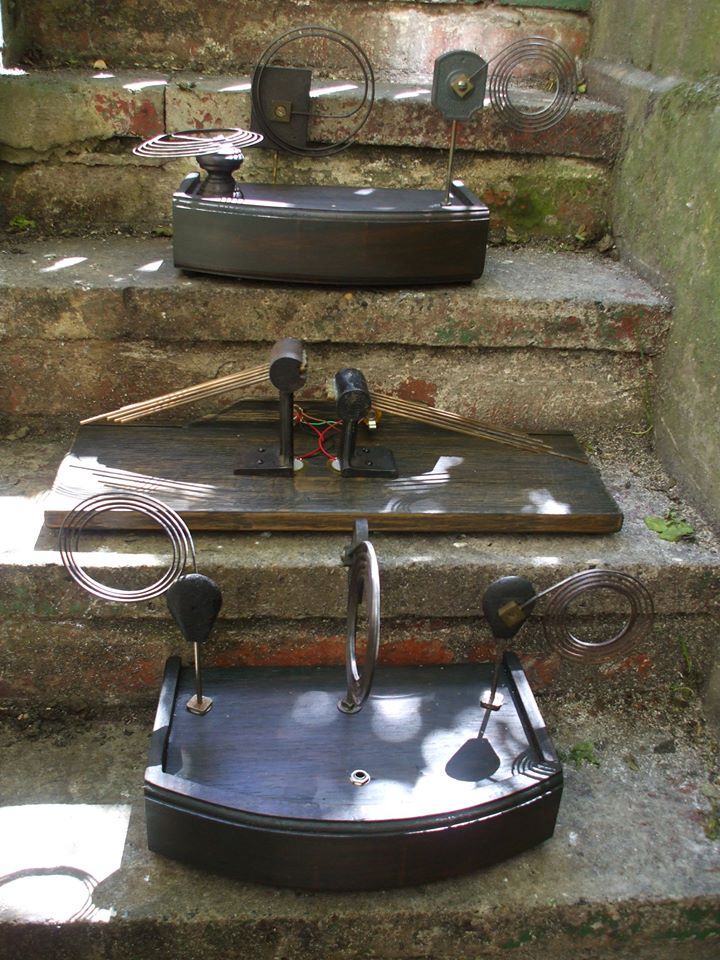